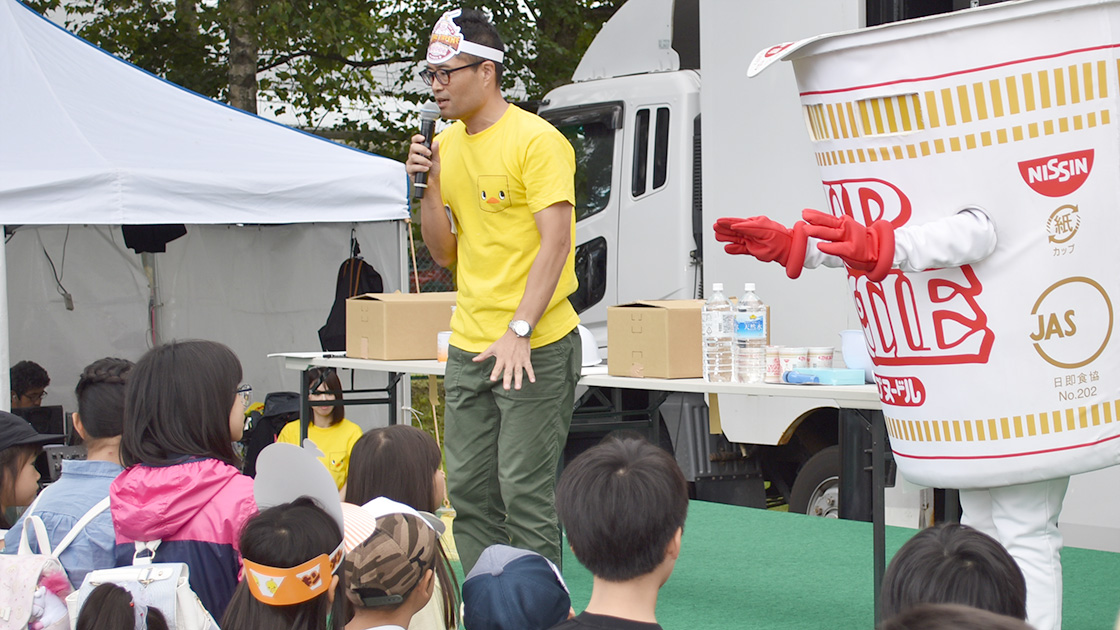 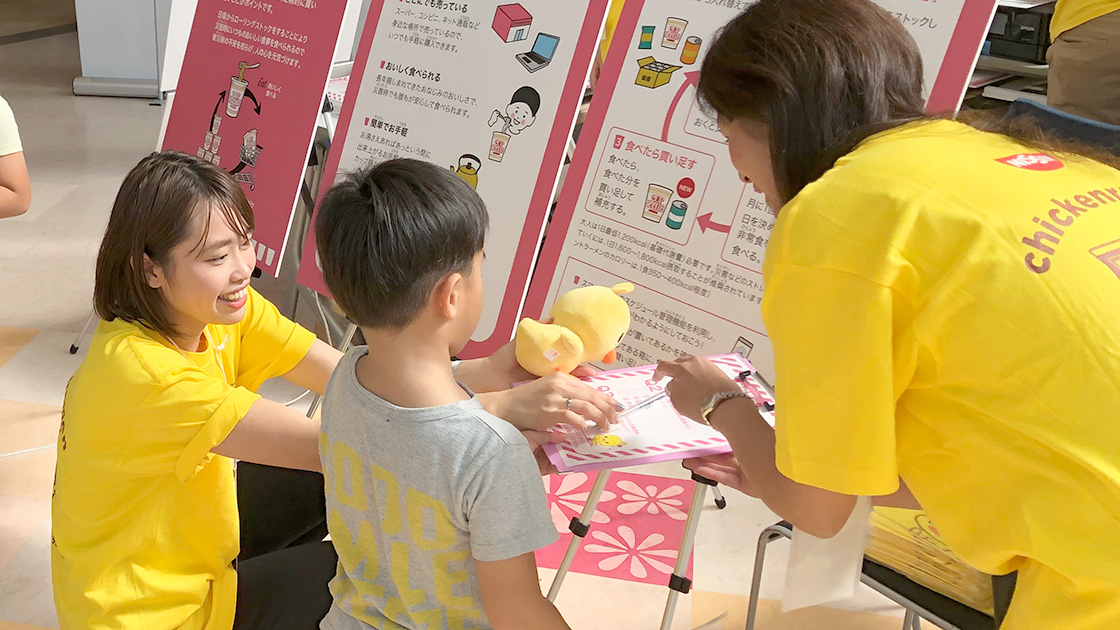 The “Keep Your Pantry Stocked for an Emergency: The Rolling Stockers” project was implemented from August to November 2019. Awareness events were carried out, including local events at supermarkets nationwide based on our sentiment that we want consumers to practice Rolling Stock*1. 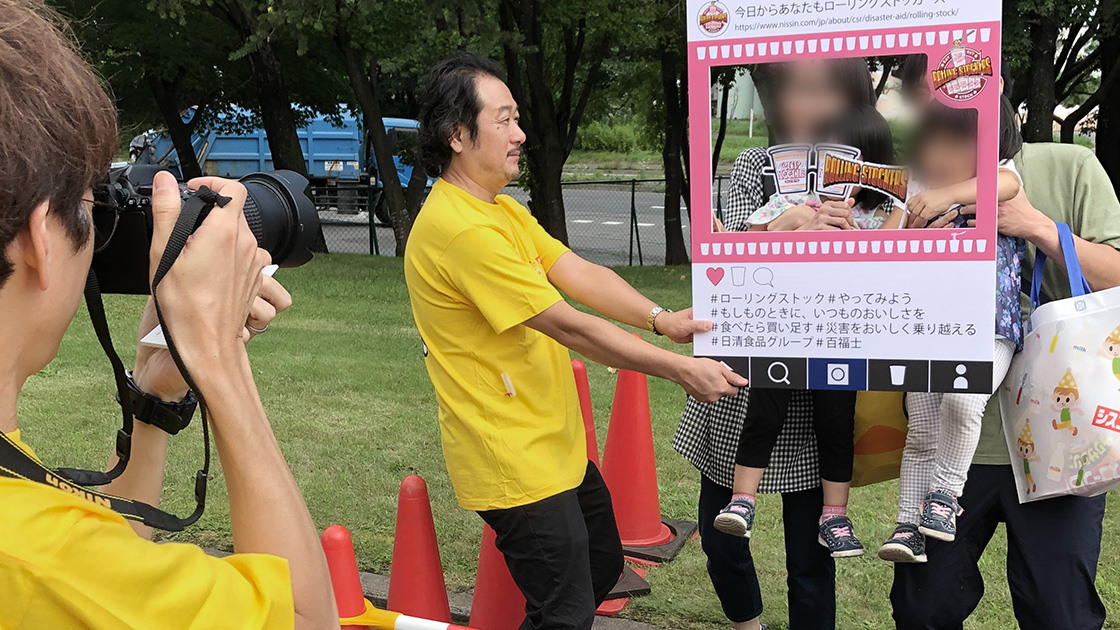 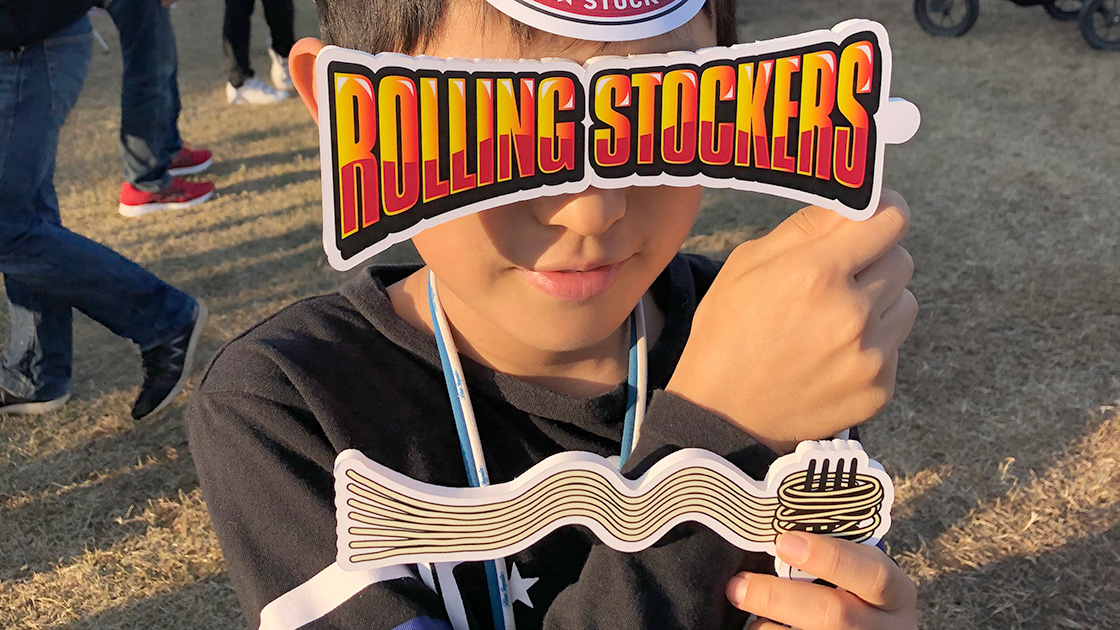 From August to November 2019, we set up Rolling Stock Awareness Booths at local events held in three cities in Japan (Chitose, Hokkaido, Osaka, Osaka Prefecture, Tachikawa, Tokyo). An original leaflet was distributed that compiled tips on practicing Rolling Stock and information on the utility of instant noodles as emergency provisions. In addition, a quiz rally was held in which participants learned about Rolling Stock while also having fun. Also, to raise awareness about practicing Rolling Stock, an original Rolling Stockers member’s card was handed out to visitors to the booth.
Furthermore, a subscription service, Cup Noodles Rolling Stock Set, was introduced. Subscribers to the service automatically receive cup-type instant noodles and cup rice products once every three months.

In 2019, on August 24, 25, and 31 and September 1, 380 NISSIN FOODS Group employees stood at the storefronts of supermarket nationwide to carry out awareness activities by handing out these original leaflets to customers.
The series of activities this time around was implemented as Project No. 25 of the Hyakufukushi Project*2, a CSR activity.
The NISSIN FOODS Group will continue to implement the spread of and awareness activities related to disaster prevention in various forms. 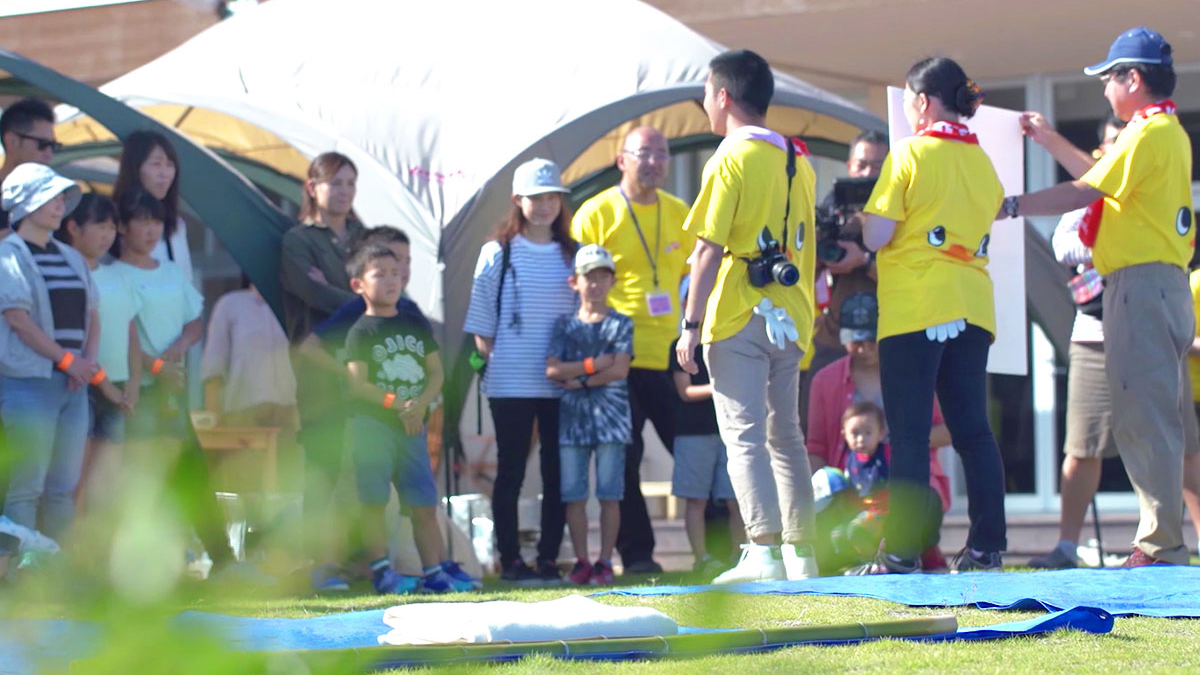 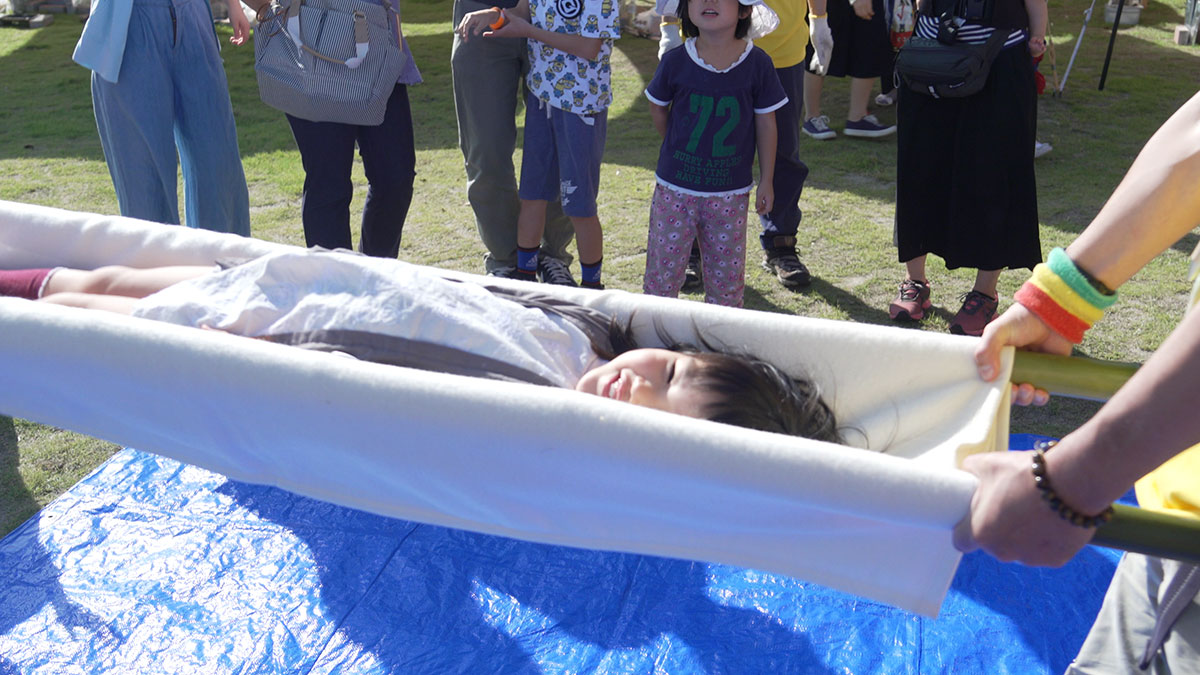 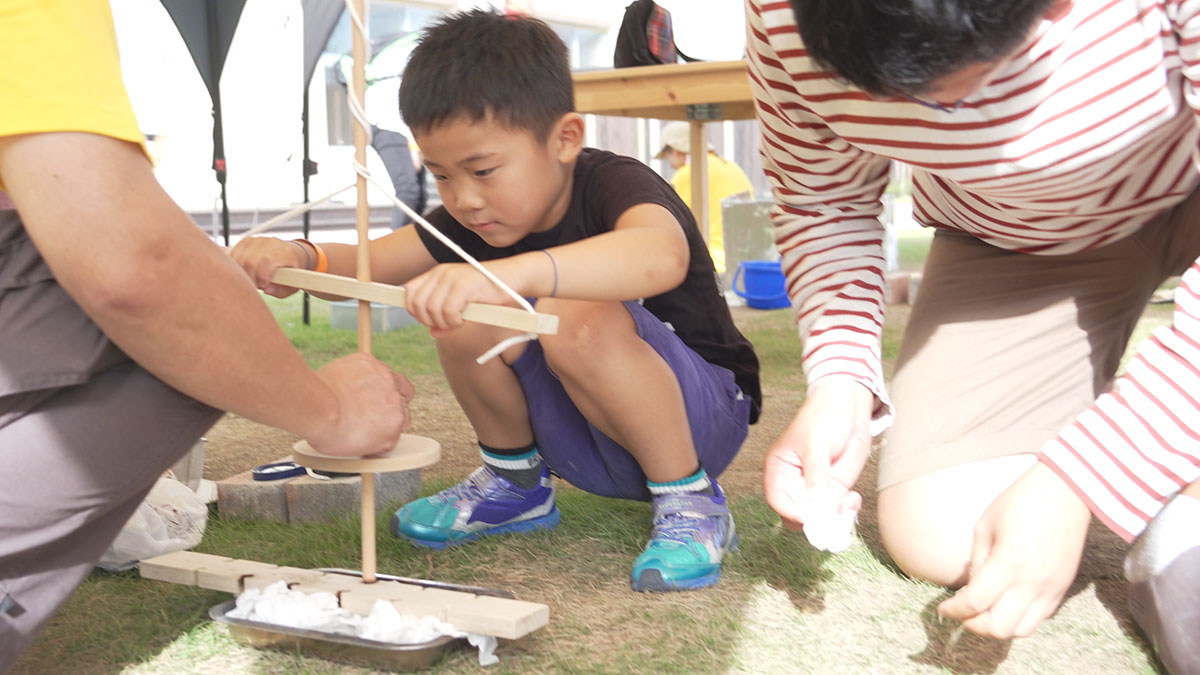 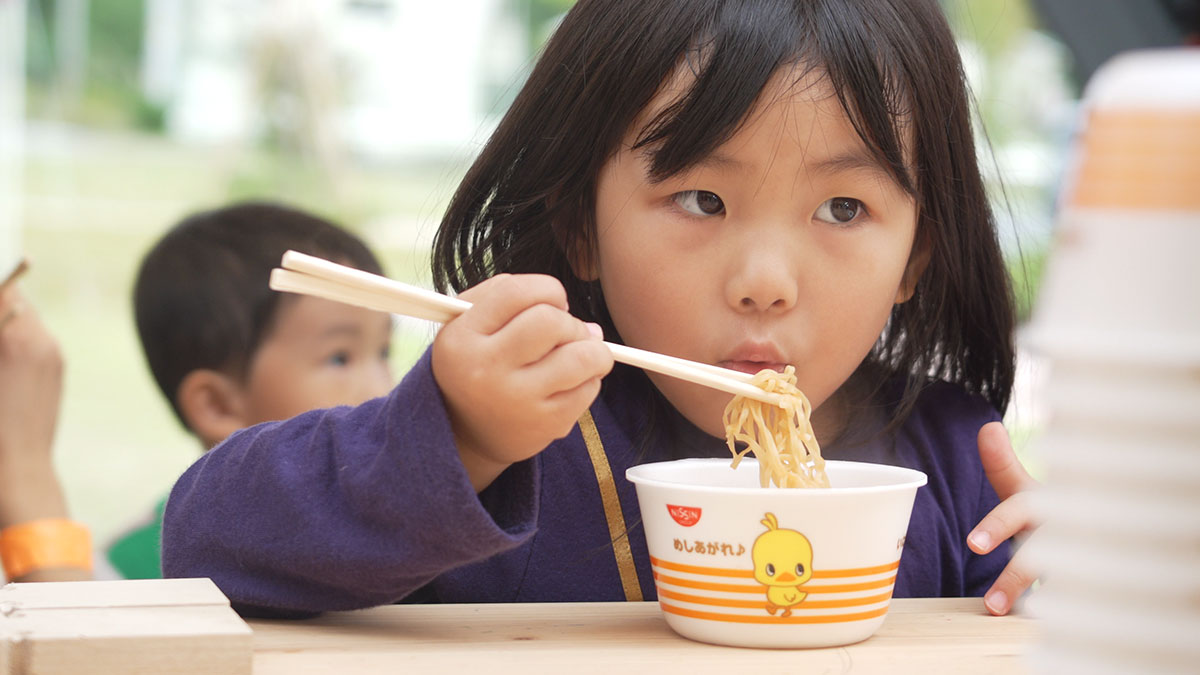 Over a four-day period, including September 1, 2018, National Disaster Prevention Day, the “Forewarned is Forearmed! Chicken Ramen Survival” Project was carried out at KIBOTCHA, a lodging facility located in Higashi-Matsushima City, Miyagi Prefecture, where people can learn survival skills.
This workshop came about from the idea of enhancing disaster prevention awareness for emergency situations by learning survival techniques that will be helpful during a disaster and the utility of instant noodles. This shows scenes from the day of the event, in which many parents and children participated.

First, former members of Japan’s Self-Defense Forces who had actually engaged in disaster relief missions during the Great East Japan Earthquake taught children survival skills that would be useful during an emergency. This included how to create an emergency stretcher and the piggyback transport method, a method for transporting the injured during an emergency.
The children were initially surprised and scared of the emergency stretcher, made using bamboo poles and a sheet. However, once they learned that the stretcher was durable, despite being easy to put together, they were elated.

Next, envisaging a situation where there was no electricity or water, the children learned how to survive by building a fire on their own, purifying water using a portable purifier, and then cooking and eating Chicken Ramen using this fire and water.
Without using matches, lighters or other sources of fire, the children used flints, magnifying glasses, and hand drills to experience how to build a fire. The children broke out in a sweat while carrying out this activity. All the children successfully built their own fires while a little help was offered from the former members of Japan’s Self-Defense Forces.

The Chicken Ramen everyone looked forward to was ready! It tasted even better after a long-day of learning.
This workshop was Project No. 23 in the Hyakufukushi Project for CSR activities.